September 23, 2015 diet and nutrition Comments Off on the effect of inviroment in schizophrenia petients 82 Views Do you know one of the beauty problems in women is cellulite? 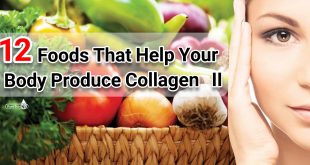 It’s not known what causes schizophrenia, but researchers believe that a combination of genetics and environment contributes to development of the disease.

Problems with certain naturally occurring brain chemicals, including the neurotransmitters dopamine and glutamate, also may contribute to schizophrenia. Neuroimaging studies show differences in the brain structure and central nervous system of people with schizophrenia. While researchers aren’t certain about the significance of these changes, they support evidence that schizophrenia is a brain disease.
Risk factors

Although the precise cause of schizophrenia isn’t known, researchers have identified certain factors that seem to increase the risk of developing or triggering schizophrenia, including:

Having a family history of schizophrenia
Exposure to viruses, toxins or malnutrition while in the womb, particularly in the first and second trimesters
Stressful life circumstances
Older paternal age
Taking psychoactive drugs during adolescence and young adulthood

Left untreated, schizophrenia can result in severe emotional, behavioral and health problems, as well as legal and financial problems that affect every area of life. Complications that schizophrenia may cause or be associated with include:

12 Foods produce collagen: Diet plays an amazing role in health and to maintain the …