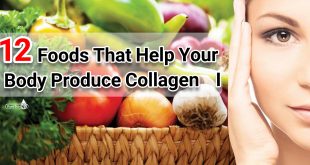 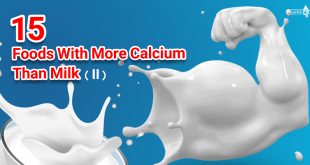 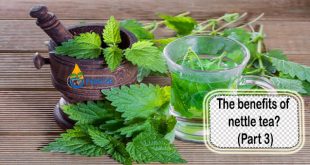 The benefits of nettle tea (Part 3)

Senna leaves and tea are used in colon cleanse and laxative formulas as well as Asian cuisine. This herb stimulates the colon, causing a quick transit time.

Senna, whether found as leaves, in a tea, in a colon cleanse or a weight loss formula, is an excellent, but sometimes misunderstood, laxative herb. Senna increases the peristaltic action of the large intestines by irritating the colon mucosa, causing a rapid transit time through the digestive system.
Uses for Senna

There are about 50 known species of senna. Also known as cassia, senna is used as a thickening agent, the seeds are used in Thai cuisine, the leaves are used as a hair color lightener similar to henna, and it is often used as a purgative and laxative in herbal and traditional health care. Senna is usually taken as an infusion, or tea, made with the leaves. Often marketed as “dieter’s tea,” senna acts as an appetite suppressant and a fast-acting laxative to produce rapid weight loss.
Senna for Parasites

In addition to using senna in his lower bowel formula, master herbalist Dr. John R. Christopher used organic senna as a part of his protocol to treat parasites and worms such as pinworms, tapeworms and roundworms. The symptoms of a parasite infestation are restlessness at night, nose picking, teeth grinding, anal itching and/or a dry cough. Sometimes spasms and convulsions can be caused by worms. Dr. Christopher stated that infestation is usually caused by a combination of poor diet, poor body hygiene and bowel constipation. Eating a diet high in refined and processed (junk) food and starches such as white potatoes (i.e., French fries), white bread and white rice leaves the body susceptible to parasites.

According to Dr. Christopher, a colon cleanse should be performed while fasting on juices for three days. The colon cleanse should contain cathartic herbs, including senna. Anti-parasite herbs may be added to the protocol. After the juice fast, a vegan/vegetarian diet rich in whole foods such as fresh fruits, vegetables, nuts and seeds should be adopted immediately. Along with this diet, Dr. Christopher insisted that his patients drink copious amounts of water to flush out the colon. Master herbalist Dr. Richard Schulze also uses organic senna in his colon cleanse formulas, recommending 30 days to clean the bowels thoroughly.
Scientific Support for Senna

According to the National Institute of Health, senna is not considered a cancer risk. In fact, human clinical trials and studies involving mice do not support any current concerns that senna is a risk to humans when consumed properly. In fact, an oral high dose of prescription senna is considered a valid alternative to standard PEG-ES procedures for colonoscopy preparation. Senna proved to be a better colon cleanser, was well-tolerated and accepted by patients in a controlled study. Even the National Cancer Institute recommends a pharmaceutical laxative containing high concentrations of senna to relieve patient constipation. In “MD Anderson Cancer Center Algorithm for the Prevention of Optoid-induced Constipation,” all patients receiving optoids should be started on a “laxative bowel regimen” and bowel management education. Recommended treatment includes a laxative containing senna, adequate fluids, exercise, dietary fiber and possibly prune juice. 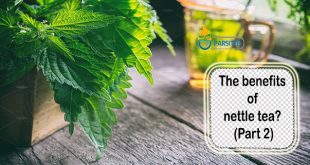 The benefits of nettle tea (Part 2)