cats can do wonders for your health scientifically

September 26, 2015 pets Comments Off on cats can do wonders for your health scientifically 172 Views

Cats wake you up in the middle of the night. They scratch your arms. They stare at you uncomfortably. But they also do nice things, like: cuddle with you, protect you from vermin, and in rare cases rock out on the keyboard. 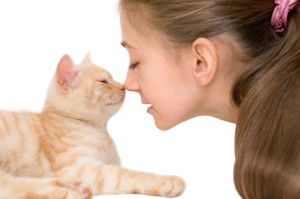 While the number of YouTube cat videos far outweighs the number of research studies done on felines, plenty of evidence suggests cats may actually be great for your health.

1. They’re good for your heart.

Compared to dogs, cats can often seem high-strung. But research published by the NIH found that pet owners might be protected against cardiovascular risk. Considering heart disease is the leading cause of death in the United States, any possible defense is a step in the right direction. Even if that direction involves occasional vomiting, fleas, and dead bird delivery.

2. They may help you quit smoking.

An online poll conducted by the Henry Ford Health System in Detroit found that about one in three smokers said the health of a pet would motivate them to try to quit smoking. The results suggest cats can help you wake up and smell the coffee. And by coffee, we mean the strong possibility of irreparable lung damage.

3. They may help you sleep better.

Fun fact: Cats aren’t actually nocturnal. They just like stepping on your face in the middle of the night. But in the scheme of things, cats may actually help owners sleep better. Really. According to a study published in theAustralian Social Monitor, cat owners are less likely to take sleep medications than non-pet owners.

Chronic sleep deprivation has been shown to increase the risk for serious health conditions such as diabetes, cardiovascular disease, obesity, and depression, according to the Society for Cardiovascular Angiography and Interventions (SCAI). 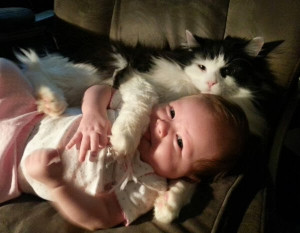 4. They may keep you from having to go to the doctor.

The same Australian study found that pet owners made 15 percent fewer visits to the doctor than those who didn’t have a four-legged friend at home. Meaning: Cat owners are either too busy getting hair off their black clothing to go to the doctor, or they’re healthier than average.

5. They may boost your immune system.

Quick: Think of the healthiest person you know. Then ask yourself: Do they own a pet? Onestudy found that college students who petted dogs had significantly improved immune systems. While the same study tested out stuffed dogs to no effect, researchers didn’t try out cats. But it’s fair to assume any living, cuddly animal would have a similar effect. 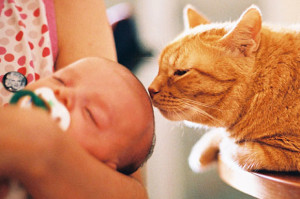 6. They may prevent strokes.

A study published in theJournal of Vascular and Interventional Neurologyfound that cat owners were less likely to die of stroke. According to the CDC, stroke is the fourth leading cause of death in the United States. If you were looking for an excuse to get a new cat, you’re welcome.

7. They may reduce stress (and improve your math skills!).

Stress stinks. So do cats, sometimes. But that’s beside the point. What matters is overcoming stress when it inhibits your day-to-day life. The good news: Merely having a cat nearby may calm your nerves. 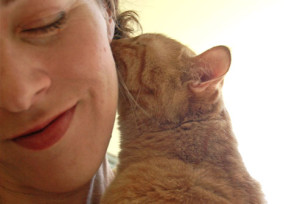 One study found that when women were given arithmetic tests in the presence of their pets, they scored better than when they took the same test alone or in the presence of their best friend or spouse. Why the better score? Researchers believe cats allow their owners to relax, bringing out the best in them. Now if only it was socially acceptable to take your cat to your next exam.