Home / different kinds of medicine / current medicine / Which Can Affect Your Medication? 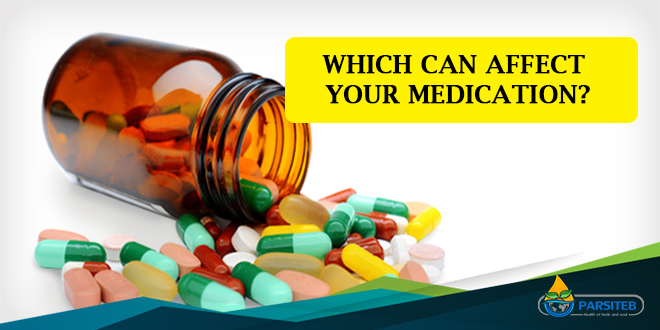 Which Can Affect Your Medication?

Medication : If you take any special medications, be care about this medication may not be compatible with some foods or other medications. Talk to your doctor before taking any medicine for the first time. Here is some:

This citrus fruit changes the way certain cells in your gut take in and move medication through your body.

It can affect more than 50 drugs. It can make some, like fexofenadine for allergies, less effective and make others too strong, including ones that lower your cholesterol like atorvastatin (Lipitor).

A dairy product can make the process of certain antibiotics. The minerals found in milk, including calcium and magnesium, the reason, along with the protein casein.

So, if you should use antibiotics, be aware of what you are drinking.

This medicinal plant is used as an herbal remedy to help with digestion, and others use it to flavor foods.

But glycyrrhizin as an effective ingredient can reduce the effects of drugs such as cyclosporine (to prevent transplant rejection).

Chocolate ‘’especially dark chocolate’’ can also reduce the impact of some medications.

Its sleepiness effect can be as zolpidem tartrate (Ambien). It can also reduce the effects of some medications, such as methylphenidate (Ritalin).

On the other hand, if you use an antidepressant, chocolate can greatly increase your blood pressure.

This substance can reduce the effects of levothyroxine (Synthroid) used to treat hypothyroidism.

If you are taking a thyroid medicine and simultaneously taking it with vitamin or supplement, make sure your supplement does not contain iron and consult your physician in this regard.

Alcohol causes the effects of some medications (including some blood pressure and heart drugs) to be useless or ineffective.

Coffee can undermine the effectiveness of antiviral drugs such as lithium and clozapine.

It may also increase the side effects of some drugs such as aspirin, epinephrine (used to treat allergic reactions), and albuterol (used for respiratory problems).

These materials are used to reduce sensitivity. But it may reduce the effects of blood pressure medications and increase your heart rate.

Talk to your doctor before taking antihistamine if taking blood pressure medications.

If you are taking warfarin, you should take caution when taking vitamin K because it reduces the effect warfarin and can lead you to a stroke. Broccoli, Parsley, Spinach are foods that are rich in vitamin K.

Ginseng can reduce the effects of warfarin. If you use blood thinners such as heparin or aspirin, as well as non-steroidal anti-inflammatory drugs such as ibuprofen or naproxen, the risk of internal hemorrhage increases.

When taking MAO inhibitors, Ginseng may cause headaches, sleep problems, hyperactivity and nervousness.

Some people use this herb to prevent high blood pressure, dementia, ringing in the ears (tinnitus), and other conditions, but no scientific research has been done in this regard.

This can reduce the effectiveness of drugs used to control seizures, including carbamazepine (Carbatrol, Equetro, and Tegretol), and valproic acid (Depakene, Depakote and Stavzor).

Only 50% of medication is taken as it’s prescribed. Patients usually take more than the dose of the drug or do not use it at a specific time, which reduces the effect of the medication. So follow your doctor’s prescription before taking your medicine.

Previous Healthy fats : Foods that can provide healthy fat!
Next Do you Know How to Dress a Baby in Winter?