Why We Love Bad News?

September 23, 2015 Uncategorised Comments Off on Why We Love Bad News? 195 Views 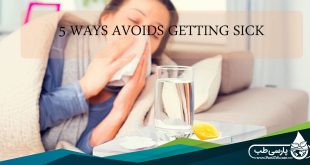 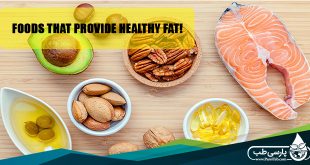 Why We Love Bad News

The bias of negative news over positive. Negative news has a stronger impact on our minds than positive news. Details how this “brain bias” impacts our daily emotions, and why it exists in the first place.

Why do insults once hurled at us stick inside our skull, sometimes for decades? Why do political smear campaigns outpull positive ones?

The answer is, nastiness makes a bigger impact on your brain.

And that, says Ohio State University psychologist John T. Cacioppo, Ph.D., is due to the brain’s “negativity bias”: your brain is simply built with a greater sensitivity to unpleasant news. The bias is so automatic that it can be detected at the earliest stage of the brain’s information processing.

In studies he has done, Cacioppo showed people pictures known to arouse positive feelings (such as a Ferrari or a pizza), those certain to stir up negative feelings (like a mutilated face or dead cat) and those known to produce neutral feelings (a plate, a hair dryer). Meanwhile, he recorded electrical activity of the brain’s cerebral cortex that reflects the magnitude of information processing taking place.

The brain, Cacioppo demonstrated, reacts more strongly to stimuli it deems negative. That is, there is a greater surge in electrical activity. Thus, our attitudes are more heavily influenced by downbeat news than good news.

Our capacity to weigh negative input so heavily evolved for a good reason—to keep us out of harm’s way. From the dawn of human history our very survival depended on our skill at dodging danger. The brain developed systems that would make it unavoidable for us not to notice danger and thus, hopefully, respond to it.

All well and good. Having the built-in brain apparatus supersensitive to negativity means that the same bias also is at work in every sphere of our lives at all times.

So it should come as no surprise to learn that it plays an especially powerful role in our most intimate relationships. Numerous researchers have found that there is “an ecology of marriage,” an ideal balance between negativity and positivity in the atmosphere between partners.

Psychologist John Gottman, Ph.D., at the University of Washington is one. He finds that there seems to be some kind of thermostat operating in healthy marriages that regulates the balance between positive and negative. For example, when partners get contemptuous—that is, when they fight by hurling criticism with the intent to insult the partner, which the partner rightly perceives as especially hurtful—they correct it with lots of positivity—touching, smiling, paying compliments, laughing, and other such acts. They don’t correct necessarily right away, but they definitely do it sometime soon.

What really separates contented couples from those in deep marital misery is a healthy balance between their positive and negative feelings and actions toward each other. Even couples who are volatile and argue a lot stick together by balancing their frequent arguments with a lot of demonstrations of love and passion.

Because of the disproportionate weight of the negative, balance does not mean a 50-50 equilibrium. Gottman, for example, as part of his research carefully charted the amount of time couples spent fighting versus interacting positively. Across the board he found that a very specific ratio exists between the amount of positivity and negativity required to make a marriage satisfying.

That magic ratio is 5 to 1. As long as there is five times as much positive feeling and interaction between husband and wife as there is negative, the marriage was likely to be stable over time. In contrast, those couples who were heading for divorce were doing far too little on the positive side to compensate for the growing negativity between them.

Other researcher have found the same thing. It is the frequency of small positive acts that matters most, in a ratio of about 5 to 1.

Interestingly, occasional large positive experiences—say, a big birthday bash—are nice, but they don’t make the necessary impact on our brain to override the tilt to negativity. It takes frequent small positive experiences to tip the scales toward happiness.

Previous What Is Good Brain Food?
Next 10 Ways Couples Can Work It Out